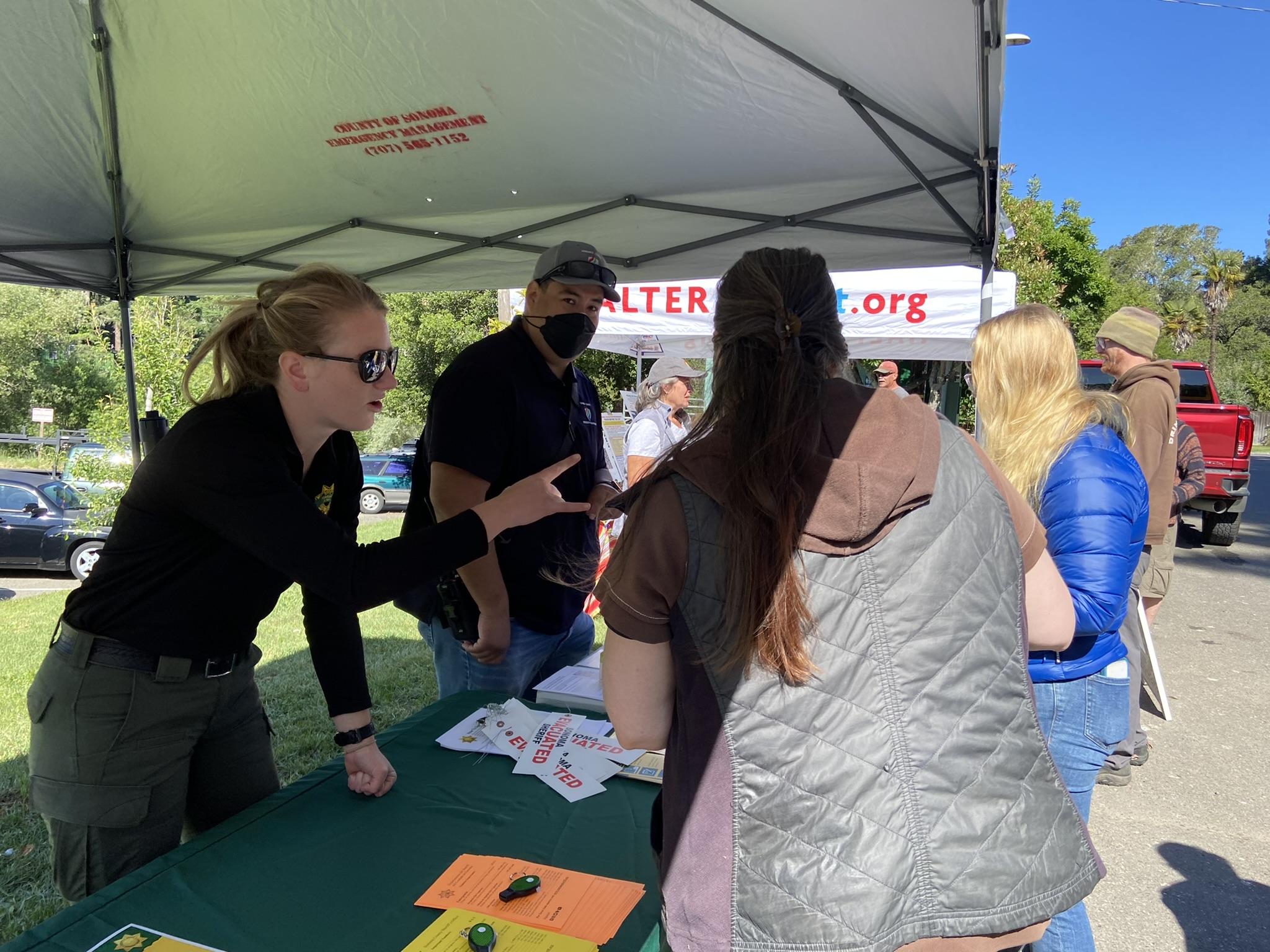 When a life-threatening fire burns in unincorporated county areas, the Sonoma County Sheriff’s Office is tasked with the duty of conducting evacuations. The Sheriff’s Office works shoulder to shoulder with fire personnel to understand a fire’s projected path and, as a result, identifying those who may be in harm’s way. Since the 2017 fires, the Sheriff’s Office has made notable improvements to streamline evacuations, improve public information, and increase community preparedness. 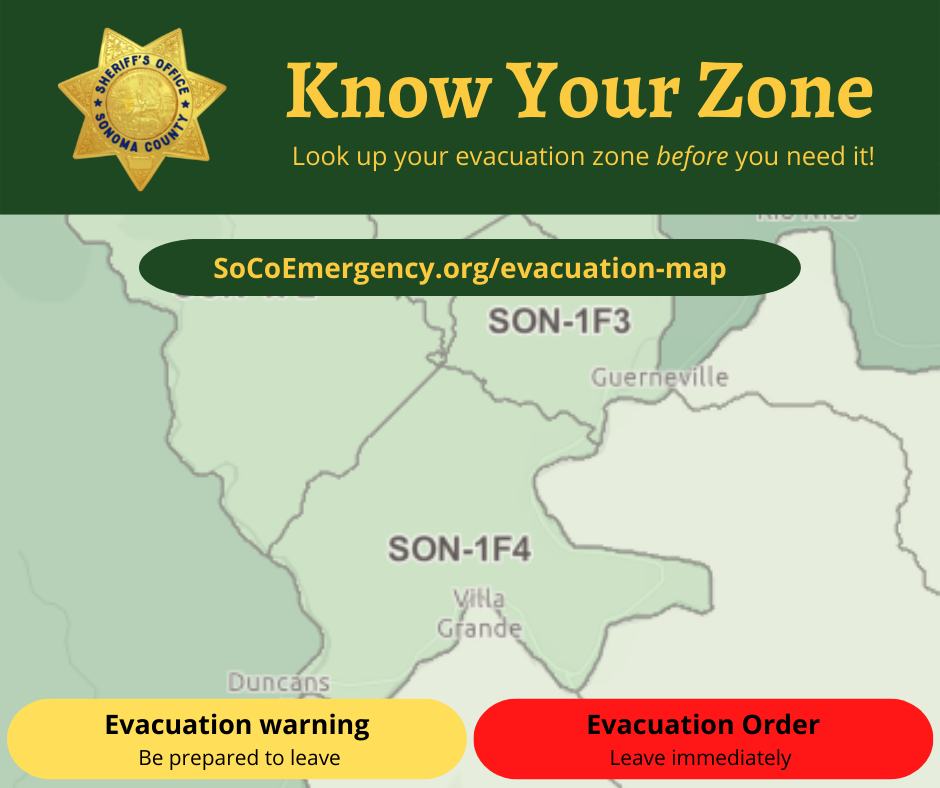 Hi-lo sirens were installed on patrol cars and are now used throughout the county to serve as another alerting tool. When activated, the hi-lo sirens emit a distinctive two-tone siren indicating an evacuation order is in place. All Sheriff’s Office patrol cars were outfitted with hi-lo sirens in 2018. 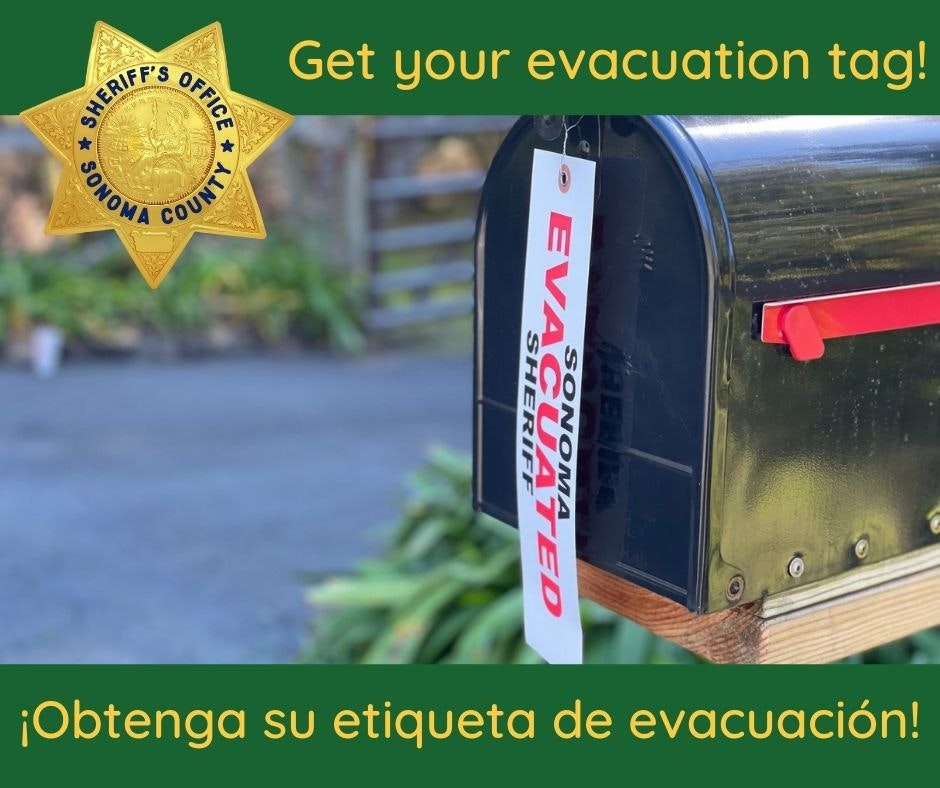 The Tubbs fire taught everyone that seconds count in evacuations. To increase the speed of evacuations, the Sheriff’s Office rolled out the evacuation tag program in 2020 to help first responders quickly identify which residents have already evacuated. These free tags are still available and residents are encouraged to have them available, as they are a small but useful tool to save deputies precious time conducting door-to-door evacuations. Deputies can focus their efforts on residents who need assistance while clearing neighborhoods more quickly. This then allows firefighters to focus on their job – extinguishing the fire. In 2022, the Sheriff’s Office also implemented a gate code registration program, a confidential system to provide first responders quick, easy access to gated properties during evacuations and other emergencies.