Faces of the County: Nicole Grace 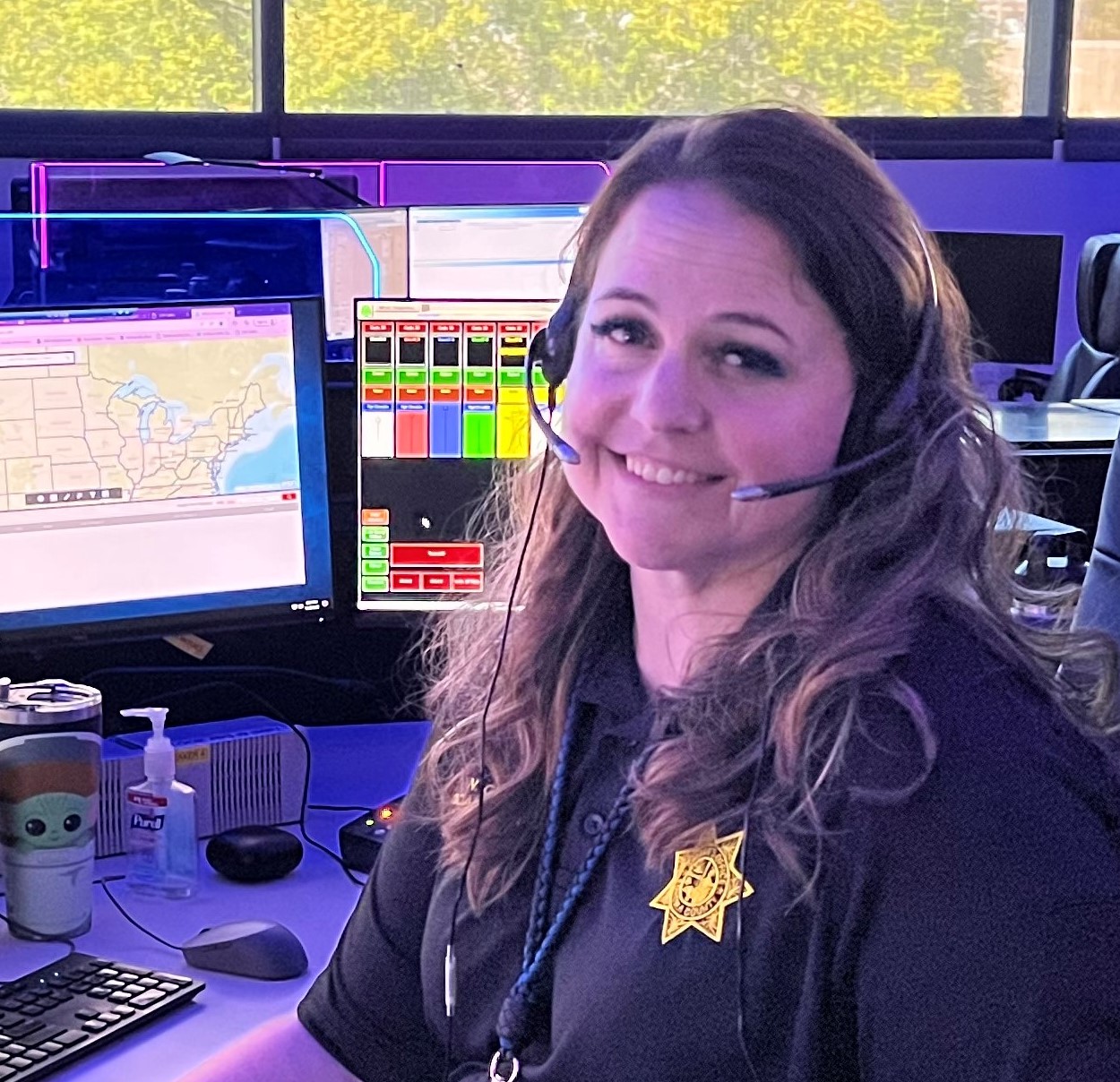 What is your role during a disaster? I am a dispatcher. My role is always, first and foremost, a dispatcher. All county workers are disaster workers, regardless of their position, but during a major disaster such as the 2017 fires, my responsibility is to the dispatch center. It is an all-hands-on-deck, emergency staffing situation. We often need extra hands to answer phone calls and help people seeking emergency assistance. Dispatchers must be available to work at a moment’s notice. During a disaster, I come in early, and I stay late. This is what we do. We are here to get the resources to the people of Sonoma County, and to support the deputies in their duties.

How has your job changed since the 2017 fires? Our jobs have evolved since the 2017 fires. Dispatchers are now trained to send out Nixle alerts in the event that a watch commander is not in a position to do so. We also keep updated maps of evacuation zones on hand during major incidents and are regularly updated as things change.

But my day-to-day tasks really haven’t changed since the 2017 fires. There may be a few more calls whenever there is smoke in the air, which is to be expected. Not a single person living in this county wasn’t affected by what happened in 2017 and we all feel a little of that trauma when it gets smoky. However, we still function in the same ways we have always strived to do.

What lessons did the Sheriff’s Office learn from 2017? A big roadblock during the 2017 fires and subsequent evacuations was gate code information. We have a large county, and access roads to many expansive, rural properties are blocked by locked gates. The 2017 fires moved quickly and time was of the essence. Without the codes to open them, locked gates delayed deputies’ ability to contact occupants where seconds mattered. Since then, we have created an online option for residents to register their gate codes with the Sheriff’s Office. The codes are kept in our dispatch computer system so when we punch an address into the computer, the gate code comes up. Residents who live in unincorporated areas of the county, as well as in Sonoma and Windsor, can register or update their gate codes at www.sonomasheriff.org/gate-code. Dispatchers can also accept your registration by phone at 707-565-2121. This simple step could save your life.

Is Sonoma County is safer today than it was in 2017? Aside from the unfortunate drought we are in, I do believe the county is safer now than in 2017. Had it not been for that tragedy, we wouldn’t have created our evacuation zones, or been trained on Nixle, or added thousands of gate codes to our dispatch database. We would be back where we were on Oct. 7, 2017. We wouldn’t know the process of evacuating neighborhoods door by door. It is horrible that night ever had to happen, but many lessons were learned from it, which will help us face whatever might come in the future. No one could have ever been fully prepared for an event of such intensity, but it happened and as with anything tragic, lessons must be learned from it.

How do you commemorate the 2017 fires every year? Unfortunately, the first couple years afterwards we were still experiencing this new thing known as fire season and either in the midst of a wildfire or recovering from one. Now, it’s more of a reminder to make sure I know the steps I’d take if something like this happened again. Also, when at work, we often talk about that time. We have a lot of people who didn’t work here during the fires, and we share our stories of those horrible days and try to ease their minds about the potential for another wildfire. It is cathartic for those who were here, and reassuring to those taking on this new job for the future.

What is your best tip on emergency prep? Memorize your evacuation zone. Put it on the fridge. Put it somewhere everyone will be able to find it. Keep your gas tank as full as possible. Know how to open your garage door if the power is out. Most importantly, you don’t have to wait to be told to evacuate. You can evacuate at any time if you don’t feel safe during a fire, or any other sort of natural disaster. But, please, if you do so, place an evacuation tag on your residence so that responders know you have left and don’t need to be evacuated.

What is in your go-bag? My go-bag is more of a work bag. I pack a bag in my car to have a change of clothes, soap, shampoo, etc. to be here at work if I cannot be at my home due to an evacuation. I have a small folder of important documents and hopefully a family member will take my two cats!